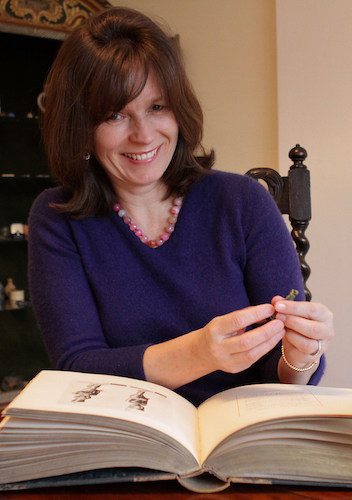 Although always fascinated by the past, it was as an undergraduate reading Ancient History & Archaeology at Birmingham University that Joanna was fired with an enduring love and interest in archaeology and the ancient world. Her career started in the auction industry at Phillips followed by an invaluable spell working in the antiquities trade for Charles Ede Ltd. This was followed by a return to the auction world where she founded the Antiquities Department at Bonhams in 1990; she remains their consultant, while also acting as antiquities consultant to other individuals and organisations.

Joanna has served the Antiquities Dealers Association as Chairman and Deputy Chairman and has been dedicated throughout to promoting responsible collecting and dealing. She was appointed by the Rt Hon Alan Howarth CBE to the Ministerial Illicit Trade Advisory Panel (ITAP) from 2000 until it was disbanded in 2006 and was a member of the panel of Experts for the Treasure Valuation Committee from 1998 until 2008. She has also served on a number of vetting committees including for the Grosvenor House Art and Antiques Fair, the Olympia International Art & Antiques Fair, Masterpiece, LAPADA and Ars Antiqua Brussels.

Taking up the mantle of Chairman once more in June 2016, she remains dedicated to raising awareness of cultural heritage issues, while supporting the legitimate and long-established trade in antiquities. 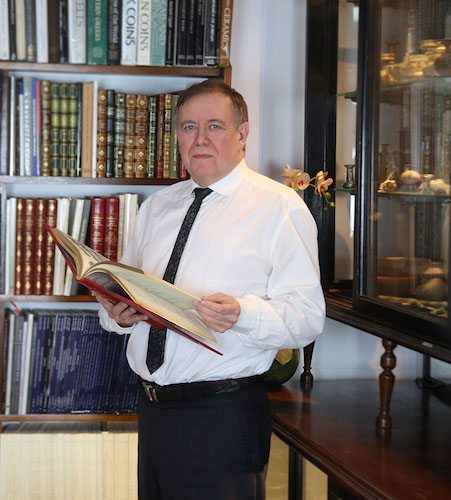 An early interest in the ancient and mediaeval world led Chris into the world of numismatics and archaeology. Under the tutelage of the great Dr Colin Kraay of the Ashmolean Museum and the art lover Dr Eva Frommer, Chris entered the world of collecting at a very young age and developed the passion for these artistic pieces of the past. Funding his collection through trading in ancient coins, he founded his company in 1971 and has been dealing in the antiquities and numismatic business since, handling enormous numbers of coins and antiquities.

Chris’s company was associated with the department store Fortnum and Mason in Piccadilly for many years and organised more than 15 exhibitions based on the ancient world.

In his business, Chris has raised the awareness of tens of thousands of people to the possibility of owning a piece of the past through his company’s brand, Ancient Art, and has nurtured many of these first-time buyers on their way to becoming the collectors of the future.

Having just completed a second term as Chairman of the ADA whilst also Chairman of the British Numismatic Trade Association, Chris has now taken over as Deputy Chairman, remaining involved with both governmental and legal issues relating to the trade. In his role as Deputy Chairman, he remains focused on keeping the legitimate and long-established trade in antiquities flourishing, making it possible for everyone to appreciate their heritage and in turn legitimately own a piece of that heritage.

In 2016 Chris was appointed to the Treasure Valuation Committee by the minister of the Department of Media and Culture. 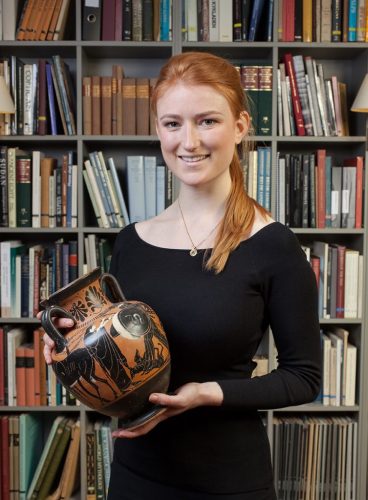 Charis was first introduced to the ancient world at the age of nine when Latin classes were made available at her school. From that point on she was hooked, and as her education progressed from the study of myths and legends to more academic arenas spanning Ancient Greece and Rome, her desire to remain in this sphere increased exponentially.

At Warwick University, Charis read Ancient History and Classical Archaeology, going on to take a Masters in the Visual and Material Culture of Ancient Rome. It was at this course where she was able to adopt a more hands-on and intimate relationship with artefacts and ancient works of art that would eventually lead to a career with the world-renowned ancient art dealers, Charles Ede.

Over the years she has gained invaluable academic experience, with time spent at the British School in Rome and the Archaeology department of the National Museum of Scotland, which has led to long-standing associations and friendships with many museum professionals. Immediately after graduating she began working at the gallery, being made a director in 2017, and has been an active member of the antiquities trade ever since.

Charles Ede is one of the world’s leading galleries in the field of Ancient Art, specialising in Classical and pre-Classical antiquities from Greece, Egypt, Italy, Cyprus and the Near East, and has been central to the London trade since its inception in 1971. After nearly 45 years on Brook Street, the move to premises at Three King’s Yard in October 2014 marks a new phase in the company’s history. 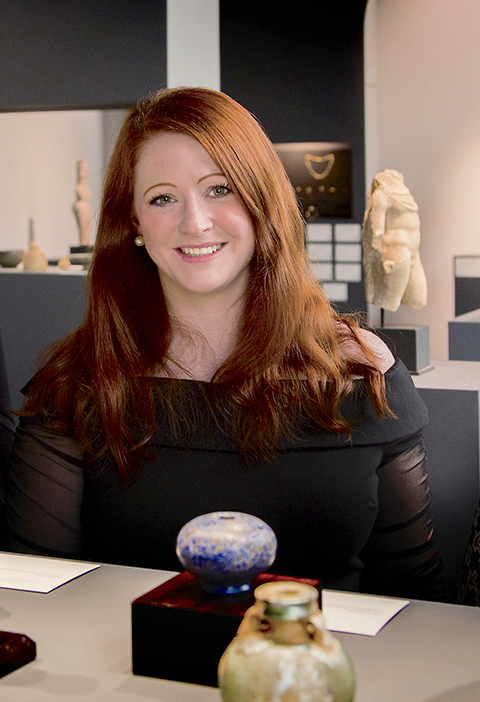 A childhood adoration of ancient myths and ‘sword and sandals’ films led Madeleine to study Latin, Greek and Classical Civilisation at school and from there she read Classical Archaeology and Ancient History at Oxford University. She made the most of the wonderful collection of ancient art in the Ashmolean Museum and focused on the material culture of the ancient world, particularly Classical Sculpture. An MA in History of Art at the Courtauld Institute led her to the auction world and eventually a position as Head of Antiquities in a major international auction house.

In 2016 Madeleine was appointed as Gallery Directory at Kallos Gallery, a leading London gallery in the field of Ancient Art. Kallos Gallery was founded in 2014 by Baron Lorne Thyssen-Bornemisza, one of the world’s great private collectors of artwork from the ancient world. Based on Davies Street in Mayfair, Kallos also exhibit at major international art fairs including TEFAF Maastricht and TEFAF New York. 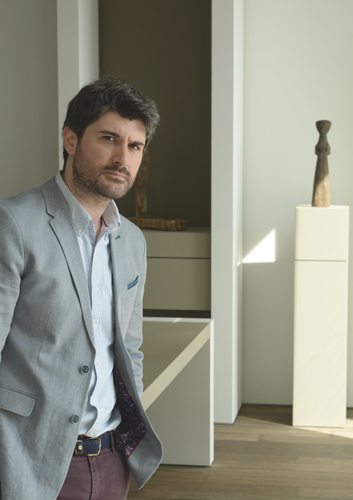 Costas was captivated by ancient art from a young age, through his father and grandfather before him, who, like many Cypriots, acquired a collection during the period of British Colonial rule. He qualified as a doctor at UCL and undertook additional studies at the Wellcome Institute and the Institute of Archaeology for his IBSc and thesis. Since then he has been a dealer in ancient art and numismatics, initially based in Cambridgeshire and more recently in London. 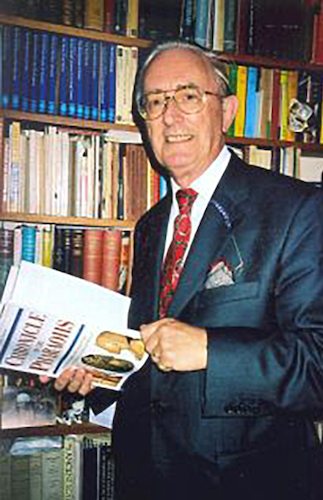 Peter’s interest in archaeology and antiquities began, aged eight, in collecting a set of Churchman’s Treasure Trove series of cigarette cards; he still has them and has used them on one of his TV interview programmes. Subsequently this led to the Post Graduate Diploma in Archaeology of the Institute of Archaeology, of which he was made an Honorary Member in 1976.

Peter has worked in archaeological publishing with Thames & Hudson and then as Managing Editor at the British Museum, before moving into the antiquities trade heading Seaby Antiquities Gallery from 1980-2010. In 1992 he was invited to become a Provisional Valuer (coins and antiquities) for the Department for Culture, Media and Sport and, subsequently by the Secretary of State in 2006, as expert to join the Treasure Valuation Committee, The British Museum. He advises many UK museums on non-treasure items and is the chairman of the Antiquities & Numismatics Committee of the Olympia International Art Fair.

In 1982 Peter was invited to become the Founding Chairman of the Antiquities Dealers Association, and subsequently served a second three-year term. He has been the Association’s Treasurer since 1988.

Peter has lectured on archaeology, antiquities and numismatics in museums and universities in England, Europe and Australia and on cruise ships in the Mediterranean and Egypt since 1974. His many books in these areas are published in up to 15 languages.

The proper and legal protection of antiquity, sites and antiquities has always been one of his major concerns. 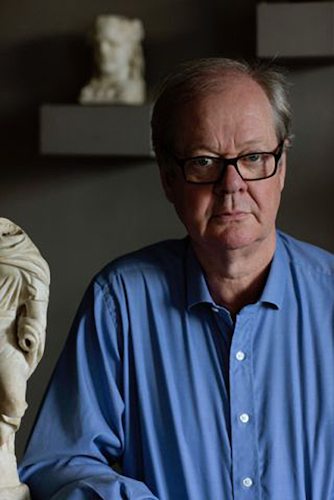 Ancient History and Classical Civilisation was the only subject at school that fired Rupert’s imagination. Visits to the local Neolithic sites were inspiring and a field known as the Black Field was always worth a visit after ploughing, as Roman coins might be found for the school museum.

At first the auction world was Rupert’s preferred career choice, but gradually his awareness of the antiquities market grew and 40 years ago a job offer tempted him into the world of dealing.

He has seen the market change over the decades, politically, legally and practically. The reason he has stayed in the business is an undying interest for the ancient cultures and a passion for the artworks that were created by them. 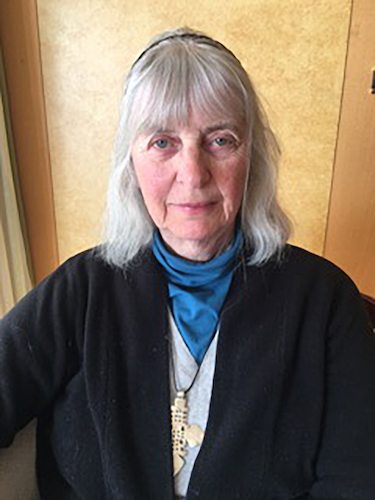 Susan’s initiation into the world of antiquities came about when she decided to add ancient art items into her antiquarian bookshop in Jermyn Street. The company employed the then specialist in antiquities working at Sotheby’s and it grew from there.

Over the years her own enthusiasm became more and more centred on ancient jewellery until in later years she made this her specialisation. For quite a few years Susan did valuations for the British Museum on jewellery items found as treasure trove.