Congratulations to Costas Paraskevaides of Art Ancient, who has won Best Stand at the LAPADA Fair, Berkeley Square, in London for the second year running.

Competition was stiff among the 113 exhibitors, and the highly decorative and imaginative designs of many LAPADA dealers in presenting their stock made Art Ancient’s victory all the more impressive. 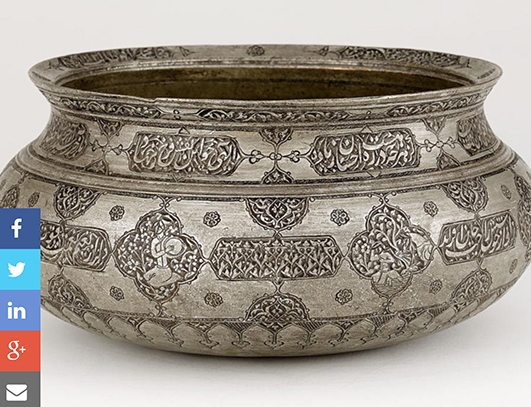 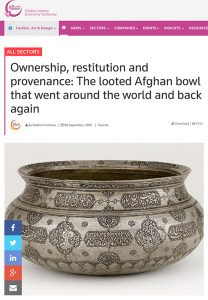 The Global Islamic Economy Gateway (Salaam Gateway) has published an article, titled Ownership, restitution and provenance: The looted Afghan bowl that went around the world and back again, about the restitution of an important Safavid bowl looted from the National Museum of Afghanistan over 20 years ago. Siobhan Forshaw talks to Dr St John Simpson, Assistant Keeper of the Middle East Department at the British Museum, and Christie’s about their part in its recovery. She also airs Dr Simpson’s concerns over the way much of the media have been misreporting data on looted and stolen art linked to the Syrian and Iraqi crisis, the widely promoted but inaccurate view of the art market working on “on a system of nods and winks”, and what should be done to tackle the real issues.