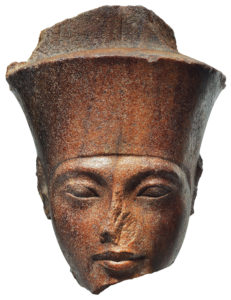 The media was abuzz with claim and counter claim over the row concerning Christie’s sale of the 3,300-year-old quartzite head of Tutankhamun in early July.

Initially, the Egyptian government said it would call for the head’s return if it could be shown that it had been stolen and illegally exported, but this soon changed to a simple demand for it to be handed over regardless. The country’s former head of antiquities, Zahi Hawass, was reported as stating that the law didn’t matter and it should be returned on moral grounds alone, later adding that it had been stolen from Karnak after 1970, but failing to provide any evidence of this.

Appeals to the British Government to intervene fell on deaf ears, presumably because the Egyptians had provided no evidence to support their claim and nothing emerged to show that Christie’s were acting unlawfully.

That did not stop numerous media reports implying that Christie’s were acting improperly, however. Typically, they led on how Christie’s were pressing ahead ‘despite’ objections from Egypt, but without explaining that the objections were groundless owing to lack of any evidence.

Events were soon overtaken by an article by Owen Jarus in Live Science. Headlined Exclusive: Controversial King Tut Statue Has Sketchy Origins. Now Christie’s Is Selling It, it claimed that one of those listed as a previous owner, the late Prince Wilhelm von Thurn und Taxis, never possessed it or any antiquities collection. Jarus’s June 25 article attributed the claims to the prince’s son and niece, although the latter believes the head may have been owned by the prince’s cousin Prince Raimondo Torre e Tasso. The Live Science article stated that a family spokesperson said Raimondo never owned it either.

Having said this, Live Science also noted that Egyptologist Sylvia Schoske, who is the director of the State Museum of Egyptian Art in Munich and studied the head and published an article in a book on it in 1986, cautioned that “questions concerning the provenance of objects were not so much in the focus 30 or 40 years ago as they are today”.

In response to Live Science’s claims, Christie’s reported that it had confirmed the provenance to the prince.

Claims amount to no more than unprovable hearsay

What the claims amount to, then, is hearsay based on memories dating back several decades that can be neither proved nor disproved because they are based on establishing a negative.

If Jarus and Live Science believe that Christie’s should not have gone ahead without incontrovertible proof of when and how the head was exported legally from Egypt, it is not a standard they applied to themselves in another recent article.

On June 5, Live Science published an article by Jarus under the headline ‘Blood Antiquities’ looted from war-torn Yemen bring in $1 million at auction – a very serious claim indeed. Read the article, however, and not only does it not provide any evidence of this, but it does not even make the headline’s claim in the article itself, something neither Live Science nor Jarus have seen fit to correct at the time of this article being posted almost six weeks later.

The introduction states: “At least 100 artifacts from Yemen have been successfully sold at auction for an estimated $1 million in the U.S., Europe and the United Arab Emirates since 2011, according to a Live Science investigation into the country’s so-called ‘blood antiquities’.”
By the third paragraph, the article concludes: “Some of the artifacts have detailed provenance information that suggests they were taken out of the country decades ago, while others have little or no provenance information, raising the question of whether they were recently stolen or looted.”

This is as far as it goes in establishing any criminal activity – in other words, nowhere – yet this has been translated into the compelling headline listed above.

The article continues by noting a surge in shipments of artefacts, antiques and art from Saudi Arabia (“a country that borders Yemen and is involved in the conflict”) since 2015, with just under $6m worth of them shipped to the United States.

Quite apart from the fact that this does not show that the items came from Yemen, it also fails to consider that other reasons may explain the exports. Jarus is reduced to claiming nothing stronger than the items are “potentially smuggled” – in other words, as with the Tutankhamun article, his “evidence” is no more than speculation, with nothing credible to substantiate his claims at all.

It is difficult to see how this lends any credibility to either Jarus or Live Science. Nevertheless, the claims have been repeated, unqualified, by Yahoo News and others. Far from being scientific, this amounts to fake news. Bearing this in mind, how much credibility should be given to Jarus’s article on the Tutankhamun head?

Protestors’ claim over history fly in the face of facts

The Art Newspaper, meanwhile, scooped other media outlets with a photograph of protestors outside the auction. The protestors reportedly came from a group calling itself Egyptian House and described as a “community-based organisation”.

One protestor named as Magda Sakr was quoted as saying “Egypt would never willingly sell our history”, although, of course, that is exactly what it did, as the article goes on to report in quoting IADAA chairman Vincent Geerling. Reminding readers that “Christie’s has long been co-operative with the Egyptian authorities and this piece has been widely published before without the Egyptians making any challenge over it”, he added that “the Egyptians have provided no evidence at all of the piece having been stolen or trafficked, having said that they would insist on the claim if they could do so”.

He continued: “It should be remembered that the Egyptian government licensed the sale of antiquities through dealers and benefited from the income for more than 150 years. More than 100 licensed dealers were active in Egypt, including a saleroom in the Cairo museum, and they shipped out antiquities under licence by the crate-load. This trade was legal under Egyptian law right up until 1983.”

Tatiana Flessas, an associate professor of law at the London School of Economics, who specializes in cultural property, told the NYT that Christie’s sale of the Tutankhamen head was a significant moment. “It showed that a claim like Egypt’s continues to be open to dispute,” she said. “Not every antiquity is cultural property.” She added that Egypt’s call for the return of the sculpture was a “nationalistic claim, an anticolonial claim, with a moral rather than legal justification”.

• Following the sale of the head for $6 million, the Egyptian Government said it would take legal action against Christie’s. Nearly six weeks later, all is quiet on that front.