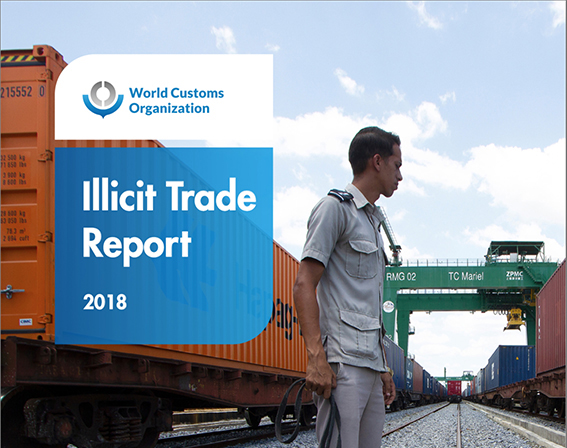 The World Customs Organisation’s latest Illicit Trade Report covers 2018, shows a decline in Cultural Property crime, while also demonstrating how it is dwarfed by other sectors of trafficking, such as drugs, weapons and counterfeit goods, accounting for just 0.08% of all reported cases and seizures.

Cultural Property crime includes at least 12 categories of Cultural Property, ranging from household goods to jewellery, books and manuscripts and even flora and fauna. Antiquities form a small part of this category and the WCO does not even record separate figures for them, but does do so for archaeological items.

Spread of cases and seizures

Published in December 2019, the report records cases and seizures reported through the Customs Enforcement Network (CEN) in in its statistical analysis, although it also includes case studies of other crimes. However, some of these are years old – one dates to 2002, for example.

Analysis of the report by the International Association of Dealers in Ancient Art (IADAA) includes graphics to show the vast difference in sector risks.

With detailed WCO figures for several years running now available, it is clear just how inaccurate claims are of a multi-billion dollar international trafficking network in antiquities, despite such claims driving forward policy and restrictive new laws such as the new EU import licensing regulations.