The World Customs Organisation published its latest report into illicit trade in December.

The size of any problem can be assessed under four variables: the number of cases, the number of seizures, the volume of seized material and the value of that material. As the ADA and IADAA have always argued, by any of these variables, Cultural Heritage – of which Antiquities form only a part – barely registers as a problem area among the risk categories listed.

IADAA has conducted its own potted analysis of the 205-page WCO report as a user-friendly guide to the findings, which includes a direct link to the original report for verification purposes.

All of the above also needs to be taken in the context of a more proficient international Customs operation that is better able to cope with Cultural Heritage than ever before, according to the WCO, with twice as many countries submitting data as the previous year (25 compared with 13). Despite this, the number of cases has slightly fallen, while the number of seizures has only risen from 158 to 167. Compare that to over 40,000 cases and over 43,000 seizures involving Drugs.

An exact assessment of values is not possible because the information is simply not available – although the report estimates the global illicit trade in Environmental Products to be worth between $91 billion and $250 billion. What is clear, however, is that, Cultural Heritage aside, the value of material seized in every other category must be worth at least in the hundreds of millions of dollars if not more.

It is reasonable to assume that the WCO will include images of its most important seizures in the report. If so, then the quality of what has been seized is generally very low grade indeed. Bizarrely, they include a haul of long playing records seized in transit from the Netherlands to Turkey. As it is not illegal to export LPs from the Netherlands, it is not clear why they were seized.

The overwhelming majority of Antiquities items pictured are broken potsherds and coins – items that would not be covered by the UNESCO Convention.

As the IADAA analysis points out: “The only items of significant value pictured in the report have nothing to do with customs work, nor were they seized, but voluntarily returned when their owners/holders discovered that they might be tainted, so it is misleading for them to have been included”.

In summary, although this is not a scientific assessment, if the images used to illustrate the quality of antiquities seizures in the WCO report are anything to go by, a generous over-estimate of the value of items seized would be around $500,000. To put that in context, that is around 0.001% of the value of the next smallest category at most.

How Interpol are adding to the problem

If Customs are much more efficient and twice the number of countries – from all regions – are submitting data, where is the massive haul of cases and seizures one should expect if Cultural Heritage trafficking is the problem that anti-trade campaigners, politicians and others would have it? As the WCO itself concluded in its 2016 report: “As Customs officers become increasingly proficient in seizing both large and small shipments of cultural objects, the data can suggest that illicit trade is on the rise when, in reality, levels of trafficking may be holding constant or even decreasing.”

This also gives the lie to Interpol’s claim (as published on its Works of Art Crime home page) that “The black market in works of art is becoming as lucrative as those for drugs, weapons and counterfeit goods” – a claim it confusingly contradicts on the FAQs accessed via the same page. This is important because the European Commission and Parliament, among others, have used this headline claim by Interpol as evidence justifying the introduction of stringent new import licensing regulations in the EU.

IADAA was able to demonstrate during the consultation and negotiations over the import licensing proposals that even the European Commission’s own researches failed to find any problem at all, yet it insisted on pressing ahead with unnecessary and damaging legislation.

This summary analysis is being forwarded to those conducting the follow-up study commissioned by the European Commission after it expressed doubts about its original research. Hopefully these WCO statistics and other findings will make a difference.

According to Le Temps, the Geneva Public Ministry has ordered the escrow to be lifted from nearly 5,000 antiques belonging to art dealer Ali Aboutaam. Almost all of the objects, suspected of illicit provenance, had been seized last year. A further 6,000 objects remain in custody.

The saga began in 2015, when the Public Ministry seized three sarcophagi. The courts have now decided to return two, while the third was the subject of an appeal by Aboutaam to the Federal Court. However, he withdrew the appeal after his wife was released from custody after 15 days, having been arrested on suspicion of criminal activity following her removal of artworks from one place of storage to another, the paper reports. The third sarcophagus will now be returned to Turkey.

The authorities suspect Aboutaam of holding art looted in Syria and Iraq, charges the dealer has always fiercely denied.

The saga took a bizarre turn in May, when 23 seized objects with a market value of around 4 million Swiss francs were stolen from the custody of the prosecution authorities. They remain at large.

Aboutaam’s lawyer, Didier Bottge, has been highly critical of the authorities for seizing the objects without being able to show illicit provenance. He added that among the seized items were coins whose existence and presence in Switzerland was clearly documented in anticipation of the entry into force of the Law on the Transfer of Cultural Property (LTBC) in 2005.

Despite the objects being inventoried by a bailiff, the public prosecutor has cautioned that this does not prove they are legally held by Aboutaam. The prosecutor would not comment on whether the release of the 5,000 items was an admission by the state that they were above suspicion.

The release may, in part, have been prompted by legal action from a Colorado couple whose 18 Greek, Roman and Egyptian antiquities were among the seized items. They had consigned them to Aboutam for sale. Suing the Swiss government, the couple claimed that, “neither the Federal Office of Culture nor the Federal Customs Administration has invoked an appropriate legal basis for the seizure of their property”, and they claimed compensation of $24 million. Despite this, their possessions are not among the 5,000 released items.

As a postscript, it has emerged that in their eagerness to seize the objects, the authorities also seized a terracotta sculpture of an animal that they listed as a Mesopotamian object… until it was released a few weeks later, having been identified as the creation of Aboutaam’s 11-year-old daughter, labelled “With love, for Daddy”. 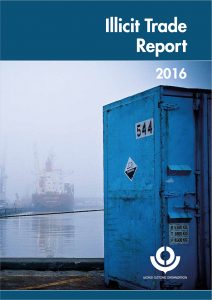 Gallery Drees in Brussels has reported the theft of this collection of Egyptian gold pieces from the gallery between December and January.

Please report any sightings or other relevant information to the police.